The truth is EVERY essential oil will freeze (just as every other liquid on earth will) if you get the temperature low enough and water has nothing to do with it. There are several oils that will freeze in a household freezer and some in the refrigerator and still others that are solid at room temperature. Every oil has a different freezing point and many times we see crystallization of a single component that is a solid at room temperature in pure form. So when the temperature is reduced it's not uncommon to see such solid components start to fall out of solution if their concentrations are past the saturation limit of any given temperature. In the ridiculous example of peppermint being published on the internet by the gullible robots who know nothing about chemistry, we see they are claiming that if a peppermint oil solidifies in a household freezer then by all means it must be bad. Apparently the misinformed don't understand that that the main component of peppermint oil is menthol. Menthol in pure form is a glass-like needle crystal (see picture) that can easily crystalize in a freezer from various mint oils if the level of menthol is past the saturation point at any given temperature. High menthol is typically a desirable attribute of a good peppermint and the higher menthol mints will have a sweeter, cleaner aroma and, as a result of this higher menthol, are more susceptible to crystallization at lower temperatures. An inferior low-menthol mint oil will not show crystallization in a freezer because the menthol is not past the saturation point in that temperature range. The menthol in peppermint can range from 30-50%. Mint oil that has menthol content in the upper 40s (getting close to 50%) can crystalize in a household freezer, while cheap 33% menthol Indian peppermint, like the one that the MLM reps are saying is the good peppermint, can't crystalize because its so inferior in its menthol content that it would take a much lower temperature to solidify (and I know for sure that its low grade Indian oil because I have actually analyzed it). Of course this company portrays an image of having US grown peppermint, but at least a few lots have been nothing put pure Indian material that is less than half the cost of US peppermint.

Some other common examples of natural oil components crystalizing in at freezer temperatures are things like cedrol in Texas cedar wood oil, menthol in corn mint oil, methyl thujate in giant arborvitae wood oil, nepetalactone in catnip oil and thymol in thyme oil just to name a few. There are some oils that will crystalize merely in the refrigerator, for example rose oil from Bulgaria has waxy hydrocarbon components that will solidify giving the oil a solid gelatinous appearance. And then there are even some steam distilled oils, for instance Zadravets oil from Bulgaria (Geranium macrorrhizum) and Orris root (Iris pallida), that are completely solid at room temperature.

These are just a few examples of oils that solidify at sort of the normal ranges of everyday accessible temperatures, but make no mistake, EVERY essential oil will solidify at some point, even the low quality peppermint oil that didn't freeze in the misinformed examples would solidify, its just that the freezer used in the "experiment" did not go down to low enough temperature and probably needed another 10 to 20 degree drop before solidification would occur.

To the people spreading the nonsense I would like to recommend that you stick to muscle testing and zyto scanners and let those of us who understand real science handle the chemical explanations because you are making yourselves and your company look bad. 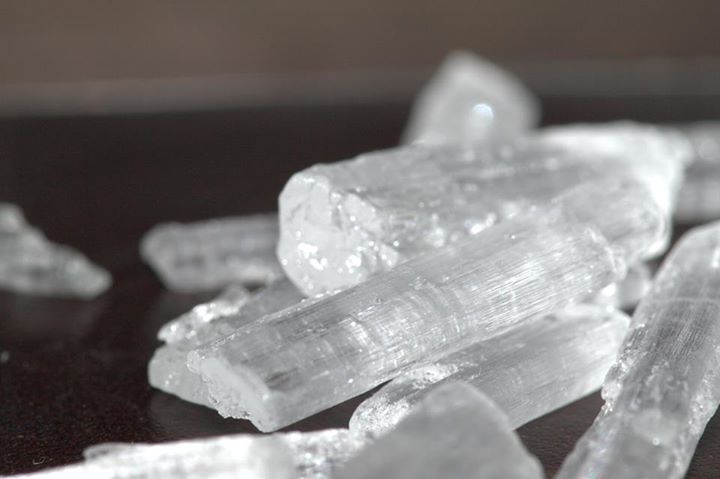 Menthol needles, or as I like to call it "crystal menth"