Myth #14: The FDA has determined that a product need contain only 5% essential oil in order for it to be labeled as a 100% pure oil.

The FDA has not made any such determination concerning essential oils. This statement, in various forms (depending on the source you will see numbers ranging from 2 -10% being claimed) seems to have originated from reps of an MLM that has been characterized by spreading this kind of misinformation for a very long time. Let's just think about it for a second, if you have repeated this nonsense or posted it on a website, do you honestly think a government organization like the FDA, if they were going to issue a standard or statement concerning essential oil purity, would only require an oil to be 5% in order to be called 100% pure? Really? A quick google search will take you directly to the FDA website which explains what they regulate http://www.fda.gov/Cosmetics/ProductsIngredients/Products/ucm127054.htm . But even more importantly, let's say that some company labeled their essential oil bottle "100% pure lavender oil" and it only actually contained 5% lavender oil, the company would easily loose any product misrepresentation lawsuits aimed at them because it would be quite easy to prove that the label did not match what was in the bottle.

People, you have to start questioning everything nowadays because there is a certain segment of the population who does not care about fact checking and will basically believe whatever they are spoon fed by their gurus and repeat it like parrots, especially if it helps their sales numbers. Before any of you go spreading any information out there without doing some fact checking (outside of the organization feeding you the "facts" who is also selling you something), you might want to pause for a minute and reflect upon what you are doing. If you decide to spread information publicly it is your responsibility to check it out and verify it before putting it out there. If you can't verify it then don't repeat it, it's that simple. If you put something out there without doing some checking to verify and it turns out to be false then what you have done is equivalent to lying. At the very least its spreading false gossip, which I personally believe is the same as lying, even if you don't know its a lie, because you haven't done due diligence to check it out. It is amazing to me how many "religious" people who claim to be so against lying or spreading gossip for religious reasons will not think twice about posting some crazy nonsense on their Facebook page, website or mass emailings without doing even a single google search to try and figure out if what they are about to spread is actually true.

Don't many of us have that "crazy uncle" or other relative who is constantly spreading emails with headlines like "New legislation requires a microchip in the brain of every newborn by 2025" or similar craziness? Then we do a simple google search and in 30 seconds send them a link to snopes or some other myth debunking site that shows clearly why its not true. These kinds of emails are so annoying to the thinking person I wish that these people could see how they are coming off to anyone with half a brain. It's so unnecessary and they could have saved themselves from looking like a tool by just by spending a little effort to check things out.

Don't be that relative. Think. Verify. Act. If you have been a part of spreading this misinformation, atone for it now by sharing this note! 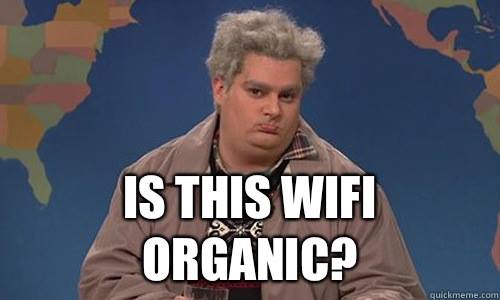