Another ridiculous claim by people who understand basically nothing about chemistry. I am not sure I know of anything that will last even as long as the earth remains, with perhaps the exceptions of diamonds and human ignorance LOL. The truth is that while the oil may last in the sense that it "exists" for a long time, there is no question that most oils, pure or otherwise, will eventually go bad due to oxidation reactions that are unavoidable unless you could somehow store them in an oxygen free atmosphere (basically impossible for most people). Even if stored in an inert atmosphere there is still the possibility of some EO molecules reacting with themselves over long periods, changing the oil, many times for the worse.

Most oils do degrade with age due to oxidation but there are some oils, such as sandalwood, vetiver, patchouli, etc. that actually get better with age, at least to a certain point (I am not sure anyone knows what sandalwood looks like after say 5000 years and I am pretty sure well before then the oil would "resinify" and become solid). Its typically the heavier oils that are high in sesquiterpene alcohols that get better with age. However, most oils, especially the citrus oils and the blue oils will degrade with age (at least within human lifetimes). Citrus oils are especially prone to degradation due to the high levels of limonene which oxidizes relatively easily. Even very small amounts of limonene oxide formation can totally destroy the odor of a once good citrus oil. In addition, wax formation in citrus due to monoterpene polymerization is also quite common over time. For this reason its best to go through citrus oils within a year, if possible.

In the case of the blue oils we see evidence of oxidation when the blue color becomes green over time. This is due to the degradation of chamazulene, the hydrocarbon responsible for the blue color in things like German chamomile, blue tansy, yarrow, etc. Its for these reasons that I always recommend that people refrigerate any of the blue oils and be sure to always keep a minimum amount of airspace in the bottle that you are storing these oils in so that the "greening" effect will be slowed down. Of course keeping airspace to a minimum is a good practice for all the essential oils but its absolutely crucial for the blue oils and for citrus oils.

One unfailing principal of science is that of naturally increasing entropy which relates to the 2nd Law of Thermodynamics. All things naturally head towards maximum entropy (disorder). Entropy is inescapable on this earth, and we all know it takes constant energy to fight against this natural degradation of all things. Left alone, things don't naturally become more ordered over time, we all know this whether or not we are familiar with the term entropy. Entropy is why you cannot create a perpetual motion machine, why your houses naturally get messy over time, why your car engine eventually breaks down, why your body eventually can no longer sustain itself and you die and why the earth must eventually come to an end. 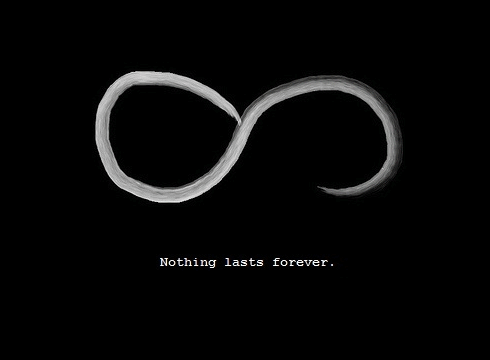