Please don't fall into the old frequency trap that has been circulating around the internet since the 1990s. The problem with all this is that 99% of people don't understand quantum mechanics well enough to be able clearly see through the scam, or if they do suspect its a scam they don't have the background to articulate why Its a scam so they just don't comment at all. It is well known in science that molecules are constantly absorbing and emitting electromagnetic radiation of various types and many different frequencies. But the way that the typical eo frequency scam is described makes no scientific sense at all. I think part of it started as a way to sell high priced and useless frequency measuring equipment.

A frequency is simply a cycle per second. From quantum mechanics we know that electromagnetic energy is typically measured by looking at the wavelengths of electromagnetic waves used to cause various energy transitions between quantum states. These wavelengths can be translated to frequencies through a simple equation (frequency of the electromagnetic energy is the speed of light divided by the measured wavelength). Molecules emit and absorb energy in various forms resulting from electronic, vibrational and rotational energy level transitions. If your going to talk about vibrational frequencies then its necessary to understand some basic chemistry and quantum mechanics which I will attempt to explain below without getting too technical.

Vibrational energy in molecules refers to the the vibration of bound atoms within a particular molecule. For example, if we look at a very simple molecule like carbon dioxide, we can measure the vibration or frequency of what is referred to the carbonyl stretch (the stretching motion of the double bond between the carbon and the oxygen atoms). The larger the molecule is the more vibrational motions it will have. Molecules in essential oils would have many different bond vibrations going on because even the smaller molecules (monoterpenes) consist of 10 carbon atoms and 16 hydrogen atoms. Thus all essential oil molecules would have many different vibrations going on simultaneously and each different type of vibrational motion in each different bond would have its own characteristic frequency. These vibrational frequencies in molecules are measured using infrared (IR) spectroscopy because energy in the IR range of the electromagnetic spectrum is what is required to cause these vibrations. The magnitude of Infrared radiation is in the 10,000,000,000,000 to 400,000,000,000,000 Hertz range!

So, as you can see, it would be impossible to characterize an essential oil or even a single essential oil molecule as having a single vibrational energy frequency. Furthermore, the energy of vibration in molecules is way higher than the 52 Mhz - 320 MHz (52,000,000 - 320,000,000 Hertz) range claimed by the people selling the eo frequency measuring devices. In fact, that low energy range would be in the radio waves region and below.

In short, if you are promoting EOs as being effective because of their frequency, my recommendation to you would be to seriously consider rethinking this strategy because as people become more and more educated in this field you will only end up looking foolish by such language. 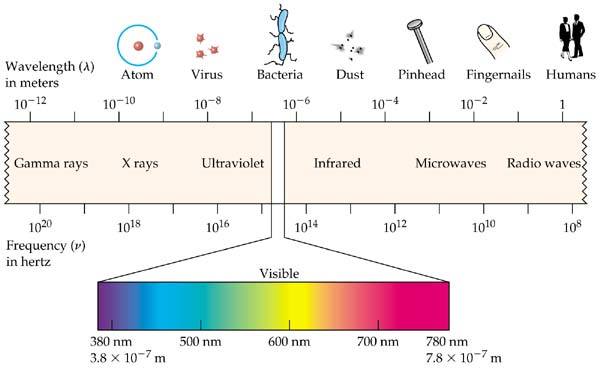